Expanding by almost 50 percent in the past 15 years, this global financial center is among the world’s fastest-growing cities. And few parts of it are growing faster than Hongqiao. Already home to an airport, railway and subway stations, and an enormous expo center, the district now boasts a mixed-use complex that includes a five-story, 150,000-square-foot cultural building. 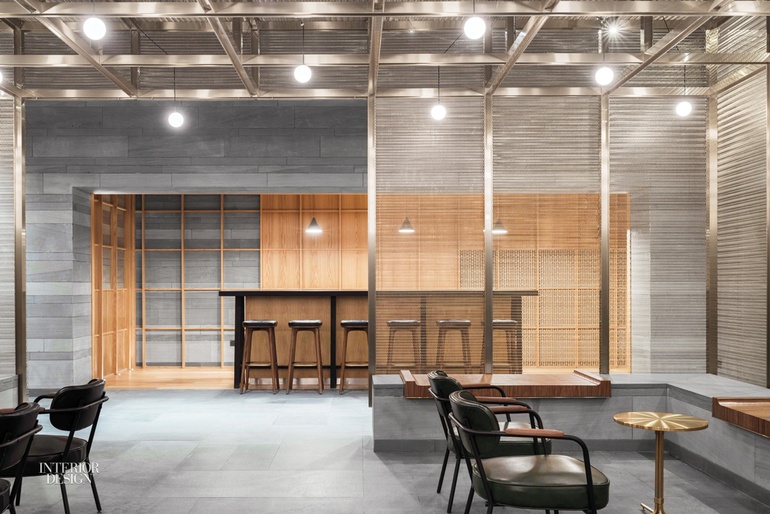 With so much activity all around, Interior Design Hall of Fame members Lyndon Neri and Rossana Hu made “an urban forest, a calm oasis” their driving concept. Green-painted light wells hover above the escalators that visitors take up from the subway to the exhibition hall. The latter is animated by an arched canopy of “branches,” actually aluminum tubes transfer-printed to mimic oak or walnut. The triple-height volume is wrapped in sandstone that’s been sanded, polished, or flame-finished in alternating horizontal bands. Oak-paneled niches in the sandstone walls house coffee and cocktail bars, a cigar room, and a sitting area. 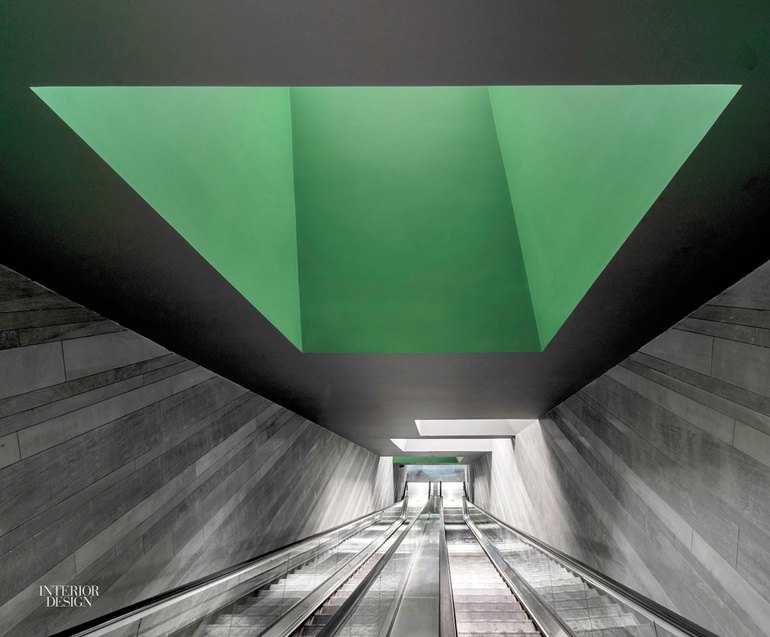 On the fourth level is the VIP lounge, distinguished by a golden trellis enclosure. At the very top of the building, a multipurpose hall can serve as a theater. Faux-walnut screens line the upper reaches of the sidewalls, while the concrete flooring is accented with stainless steel. Because the flexible nature of the space discouraged the placement of permanent furnishings, the designers specified retractable seating for 300 that stacks at the rear when not in use.