Visitors plunged into a mysterious alternate universe—saturated with sapphire blue and emerald green—at a jewelry exhibition by Interior Design Hall of Fame member Patrick Jouin and his partner, Sanjit Manku, who have also designed five boutiques for the storied company. Assembled at the ArtScience Museum, part of the Marina Bay Sands hotel, the 450 historic pieces and 250 mineral specimens from France’s Muséum National d’Histoire Naturelle seemed to float, captured in crystalline bell jars and radiant columns. Nine galleries, totaling 12,500 square feet, offered Jouin and Manku ample scope to work their magic, bringing the complex geoscience of gemstone formation, deep in the earth, together with the artistry that transforms those remarkable rocks into jewelry. “Some minerals originated within seconds after the big bang. In our era, human hands turn them into precious jewels,” Jouin says. Manku adds, “Visitors should lose their bearings and enter that other cosmos, a voyage in time and into the earth.” 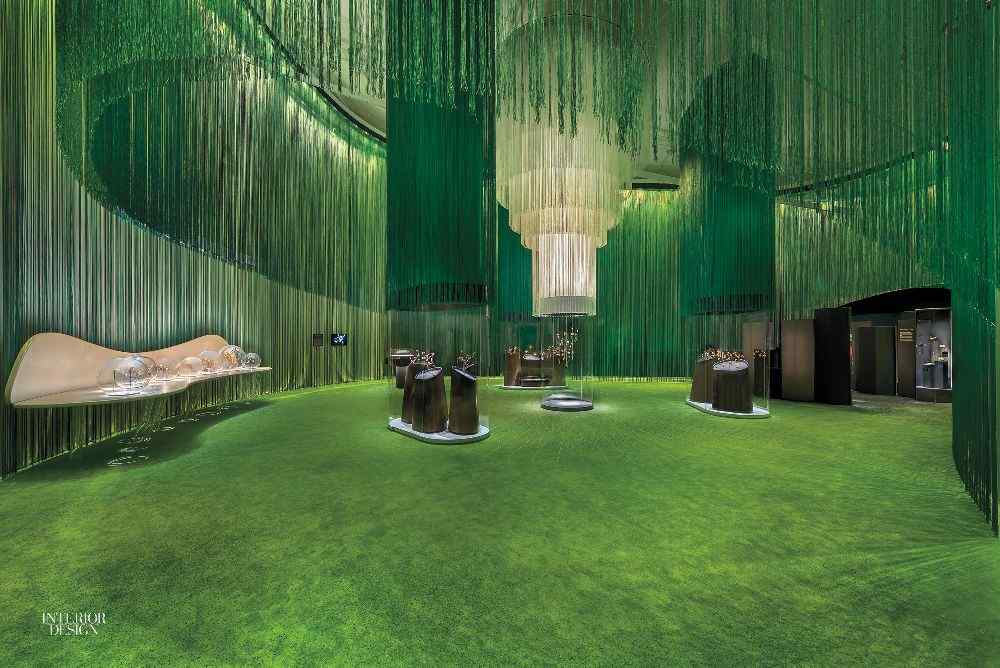 Cascading from the ceiling to visually define separate displays, lengths of cotton shimmered in dramatic light. Given the soaring ceiling heights, Jouin and Manku devised a striking solution for showing small objects: acrylic cylinders that were frosted at the top and bottom but clear at eye level. Among the showstoppers were a phoenix in sapphires, emeralds, white diamonds, and gold, the bird’s beak dangling a yellow diamond of 96.62 carats. 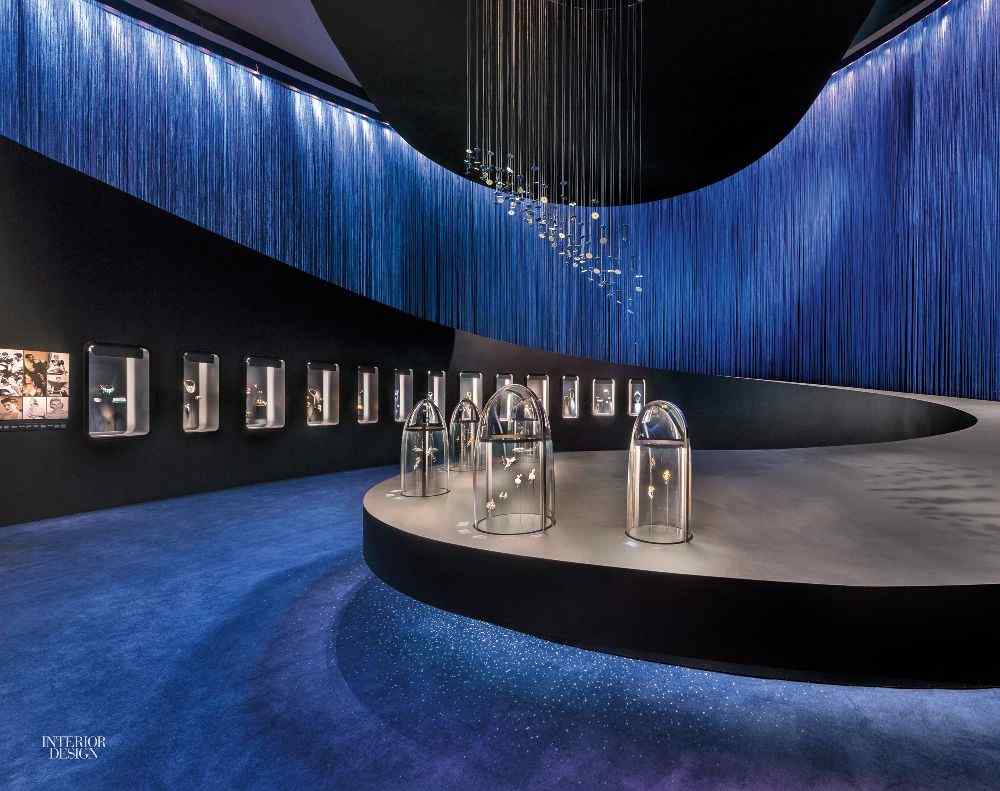 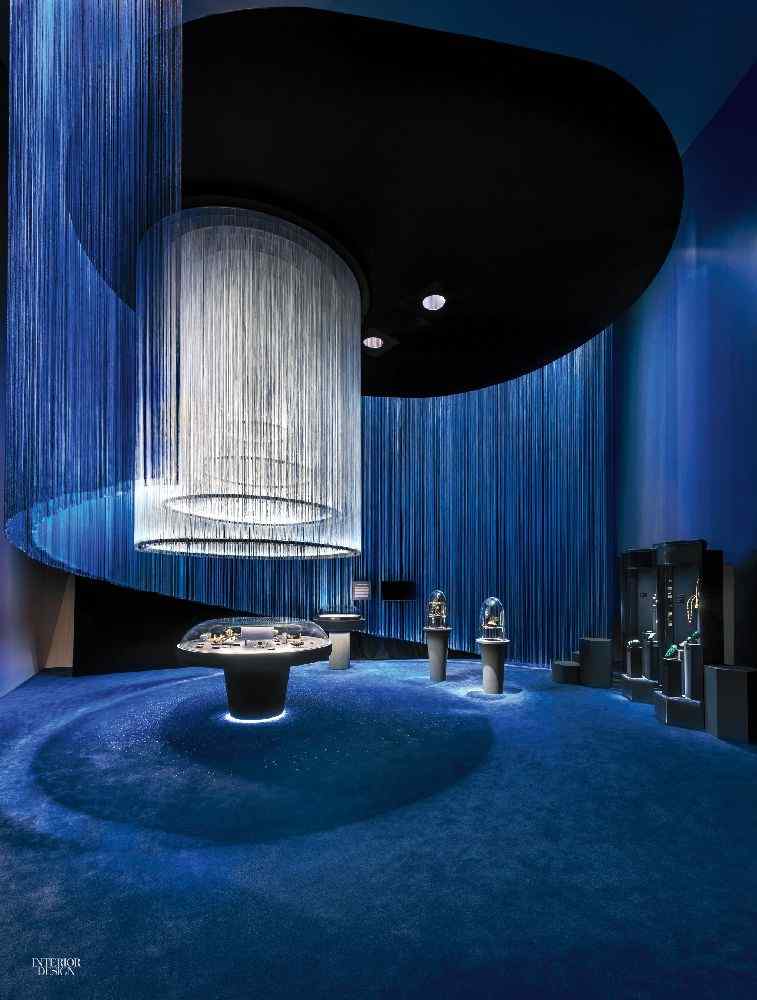 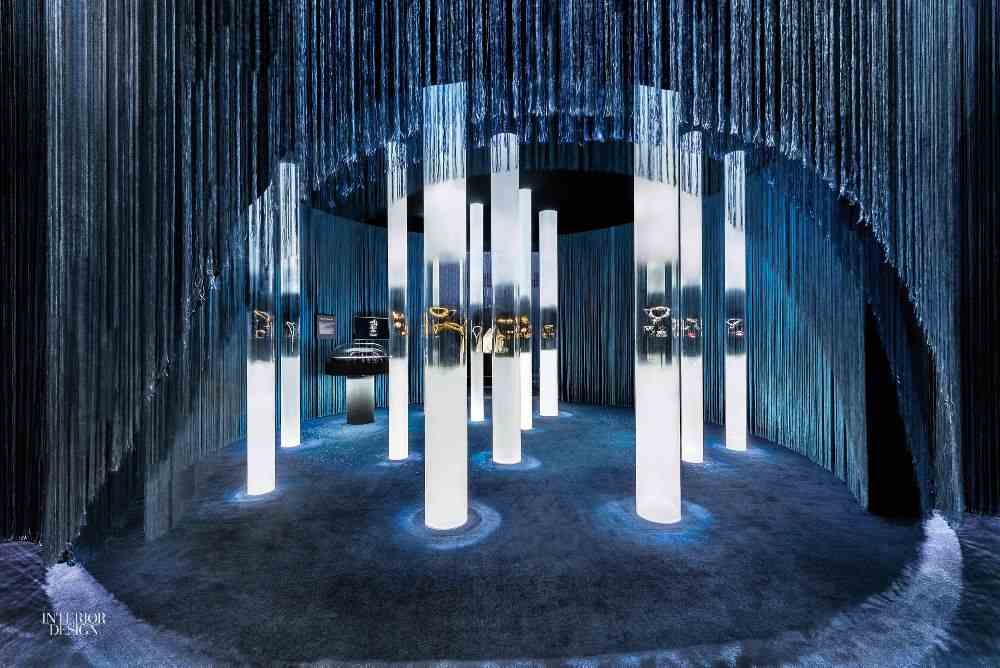